Bernard Benhamou has been serving the Director of Forecasting & Internet Governance, E-Government Development Agency, Office of the Prime Minister, France since 2007. He was also a senior lecturer on the Information Society at the Political Sciences Institute in Paris. He is a founding member of PlaNet Finance, an Internet-based NGO devoted to giving microcredit to developing countries, and was a conceptor in 1996 of the first network and internet-based exhibition in the French Museum of Science. He was the initiator of the first educational prototype of data transmission for medical studies (AIMsoft project) in 1983, and a pionner of “Passport to the Cyberworld” in 1997. He has been an advisor for the French Foreign Ministry on internet projects in developing countries; a senior lecturer at the National School of Government; and led the mission “State Information Technology and Communication” with the Planning Commission in 1998-1999. He served as the head of the mission “Internet, Schools & Family” at the French Ministry of Education. He initiated of “The Project Proxima” to promote the use of the internet within the French school system in 2003.

Bernard Benhamou served as a coordinator of the first seminar of the National School of Government, ENA, on “Internet and Research” at the National Centre for Scientific Research. He was the lecturer and designer of the first lessons on the information society at the Ecole Nationale d’Administration. He was member and advisor to the French delegation to the United Nations Summit on the Information Society (2003-2005). 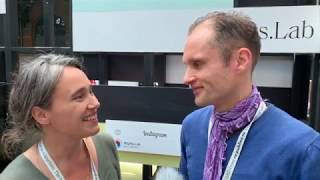